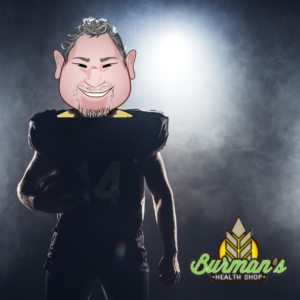 New cannabinoids are hitting the market every day. With today’s technology, researchers can conduct more in-depth analysis of the cannabinoids in the hemp plant. This includes not only THC and CBD, but also the more than 100 cannabinoids found in hemp.

Here are a few of the most recent developments related to one of the most popular cannabinoids.

CBD is still one of the most well-known cannabinoids, recognized for its medicinal benefits without producing psychoactive effects. Minimal research has been conducted on the effectiveness of CBD until recently, and some fascinating things are coming from that research.

According to Ben Adlin of Marijuana Moment, “Epilepsy patients who used non-prescription CBD products reported a higher quality of life and better sleep than patients who did not take the cannabinoid,” according to the results of a newly published study in the peer-reviewed journal Epilepsy & Behavior (Adlin, 2021).

Additionally, Adlin reported, “While some indicators, such as pain, did not meaningfully differ between the groups, artisanal CBD users reported greater health satisfaction.” Sleep was significantly better among CBD users, and patients who used CBD were also less likely to meet the clinical threshold for anxiety (Adlin, 2021).

Researchers who conducted the study handed out surveys to collect feedback on CBD products and how they help with epilepsy, overall well-being, pain and anxiety. Of everyone surveyed, participants reported sleeping better than when they were not using CBD, and their anxiety was not intense enough to be labeled as clinical anxiety.

We previously knew CBD could be beneficial for epilepsy patients, but now studies have proven its effectiveness. As the years go by, CBD has become more popular and widely used.

CBD in the NFL

The NFL has made recent moves to implement CBD use among its players. There have been various issues involving professional athletes and the implications of potentially performance enhancing substances.

According to Freezing Cold Takes, “With many players calling on the NFLPA to allow the use of CBD products for pain management, the association was forced to look at the issue again with a view to take the concerns of players into consideration alongside medical and scientific evidence relating to the use of these products.” Reports state NFL players can use CBD oil products to enhance their well-being and health within the NFLPA agreement (Freezing Cold Takes, 2020). This allows professional athletes in the NFL to utilize CBD for its medicinal properties, including pain management.

Other Reported Uses of CBD

Several interesting surveys were also conducted regarding CBD users and the ailments that attracted them to CBD. Data published in the Journal of Cannabis Research says, “Subjects were most likely to report ingesting CBD for the following purposes: to mitigate anxiety (43 percent), to improve sleep (43 percent), to reduce stress (37 percent) and for the purposes of general health and well-being (37 percent) (NORML, 2021).

In other words, among those using CBD who participated in the survey, nearly 50 percent were using CBD oil to sleep better and relieve anxiety. As more research is being conducted, it’s becoming clear that we’ll continue to see the many benefits of this cannabinoid.

CBD and Opioid Use

Researchers wanted to see if people were using CBD oil to decrease opioid use. A team at the University of Michigan Medical School conducted a survey with a group of 878 fibromyalgia patients. Data published in the Journal of Cannabis Research concludes, “Seventy-two percent of respondents reported deliberately substituting CBD products in place of other medications, specifically opioids, NSAIDS, benzodiazepines, and gabapentinoids.

Among those who engaged in CBD substitution, most either reduced or ceased their use of other medications (NORML, 2021). This study indicates there are various CBD users who use CBD to wean themselves off opioid medications.

Research on the impact of CBD is ongoing, and we’re excited to see what the next few years will bring! Burman’s is always staying up-to-date on the latest research on CBD and the other cannabinoids inside the hemp plant. If you ever have questions, stop by and see us, or give us a call at 610-874-8418!