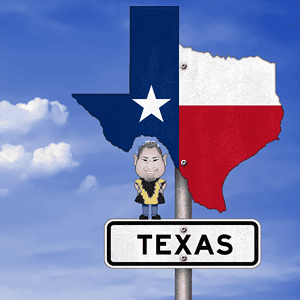 As you may have already heard, Texas temporarily banned Delta-8. The announcement came as a shock to many businesses that sell Delta-8 THC and received no warning of the ban.

Delta-8 is a cannabinoid inside the hemp plant that quickly gained popularity due to its psychoactive properties, similar to those of Delta-9 THC. After the Federal Farm Bill was changed in 2018, products containing more than 0.3 percent of Delta-9 THC became illegal.

However, Delta-8 is completely legal since it contains less than 0.3 percent Delta-9 THC. And once the Farm Bill was updated, Delta-8 became more popular.

Every day more Delta-8 products pop up on the market. The cannabinoid has provided relief to millions dealing with pain, anxiety, sleep issues, and other ailments. In the past year, thousands have not renewed their medical marijuana licenses. Many people are finding relief with Delta-8 THC instead.

While the research on Delta-8 is still in its infancy, within the next few years, we’re likely to see studies on the benefits of Delta-8.

Texas began the process of making Delta-8 illegal, listing it as a Schedule 1 drug. The Texas Department of State Health Services (DSHS) claimed that because the state hemp law didn’t specifically discuss Delta-8, the cannabinoid was not intended to be manufactured and sold.

However, a judge blocked Texas from criminalizing Delta-8, siding with retailers who were caught off guard by the DSHS online notice of the ban. The court determined the ban would cause reputational damage and a loss of customers and market share for these businesses.

For now, Delta-8 is still legal in the state of Texas.

As retailers and consumers recover from this false alarm, many wonder whether Delta-8 will be blacklisted on Texas’ controlled substances list. The temporary injunction only holds off the ban until the courts decide on the final merits of the case, which is scheduled for January 28, 2022.

At Burman’s Health Shop, we stand behind our customers—many who have found incredible relief from Delta-8 THC. We’re hopeful that the anti-ban momentum building in Texas is a good sign for the future of Delta-8 and the consumers who love the cannabinoid.