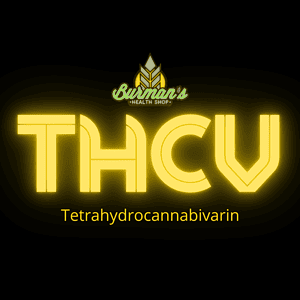 The Benefits of THCV – Tetrahydrocannabivarin

The Benefits of THCV – Tetrahydrocannabivarin

THCV produces a more uplifting effect, can be extremely beneficial for focus, energy, clarity, and euphoria, and works simultaneously! The one thing that is drawing everyone’s attention about THCV is that it is known to decrease appetite, whereas other cannabinoids tend to increase your appetite. Due to THCV producing stimulating, euphoric effects, the cannabinoid can suppress the appetite instead of stimulating it. Many people refer to the cannabinoid THCV as “Diet Weed” due to the appetite-suppressing benefits. THCV may be just the right cannabinoid to experiment with for people trying to watch their diet and what they eat. Some studies have been done using the cannabinoid THCV. According to The Journal of Cannabis Research, “In rodent studies THCV decreases appetite, increases satiety, and up-regulates energy metabolism, making it a clinically useful remedy for weight loss and management of obesity and type 2 diabetic patients.” This study is just the beginning of what benefits can come about from the cannabinoid THCV.

Many other studies have been done on THCV and its benefits. According to The Global Diabetes Community, “THCV and CBD have been shown to improve metabolism and blood glucose in human and animal models of diabetes. A 2016 study found that THCV and CBD decreased blood glucose levels and increased insulin production in people with type 2 diabetes, indicating a ‘new therapeutic agent for glycemic control’.”

Like all of the other cannabinoids in the hemp plant, THCV may be beneficial for anxiety and stress relief, pain and inflammation and so much more!. Many people use THCV during the day because of how beneficial it is with focus, and energy, which can be helpful from time to time to help finish up your day. THCV can be found in many variations such as gummies, vapes and oils.

If you are looking for a mild psychoactive effect, still want the medicinal benefits, but do not like the ‘munchies’ that can come along with Delta 9 THC, THCV may be just the right cannabinoid for you!